Coronavirus (COVID-19) is an infectious disease caused by a newly discovered coronavirus. On December 31, 2019, Chinese authorities alerted the World Health Organization (WHO) of an outbreak of a novel strain of coronavirus which resulted in severe symptoms in a significant number of cases.

Most individuals who are infected will experience mild to moderate respiratory illness and recover without requiring special treatment. Older individuals, pregnant women, or those with underlying medical issues such as cardiovascular disease diabetes, chronic respiratory disease and cancer are more likely to develop more serious symptoms (WHO).

COVID-19 spreads primarily through droplets of saliva or discharge from the nose when the infected person coughs or sneezes. Respiratory etiquette is an important factor in preventing the spread of the virus (WHO, 2020). WHO also recommends self protection by washing hands or using alcohol based rub frequently and to avoid touching the face.

There is much skepticism as to the origins of the COVID-19, some suggesting that it was a virus engineered in a lab. Scripps Research Institute initiated an analysis of the public genome sequence data from SARS-CoV-2 and related viruses and found no evidence that the virus was made in the confines of a laboratory or otherwise engineered. They confirmed that it originated through a natural process.

There are two possibilities, according to current research as to the origin of the virus. The first is that the virus evolved to its current state through a non-human host which spread to humans, as previous outbreaks have emerged (direct exposure to civits in the case of SARS and camels in the case of MERS). Researchers have proposed that bats are the most likely source as it is very similar to bat coronavirus. Zhou et all (2020) found that the bat coronavirus shared 96% of its genetic material with the virus that causes COVID-19). There are no current documented cases of direct bat to human contact which may suggest intermediate host involvement (nature.com). The second scenario would suggest that the virus jumped from an animal host to human and then evolved to its current pathogenic state within the human population (scipps.edu).

There are currently no US Food and Drug Administration (FDA) approved drugs specifically for the treatment of patients with COVID-19 according to CDC. Clinical management includes infection prevention and control measures and supportive care which may include oxygen and mechanical ventilatory support if indicated. Currently, there are a number of drugs approved for other indications in addition to several investigational drugs that are being studied in several hundred currently underway across the world (cdc.gov). 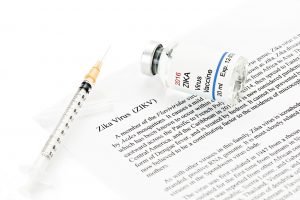 Drugs that kill COVID-19 could save the lives of those affected and can be used prophylactically to protect health care workers that are exposed to virus or other individuals at a higher risk of infection. WHO is focusing on the four most promising pharmaceutical therapies.

Remdesivir an experimental antiviral compound, is an intravenous drug with broad antiviral activity that inhibits viral replication by affecting the RNA transcription and has in-vitro activity against SARS-CoV-2 and in-vitro and in-vivo activity against related betacoronaviruses (Wang et al., 2020; Sheahan et al., 2020, and Sheahan, 2017; Lo et al., 2017). Remdesivir was used during the Ebola outbreak in Congo along with three other treatments but did not show much effect (sciencemag.org). Congolese health officials announced later that it was significantly less effective than other treatments. The enzyme it targets is similar to other viruses and researchers at the University of North Carolina found that it was effective in inhibiting the coronavirus that results in SARS and MERS with test tube and animal studies (sciencemag.org). In two documented cases, remdesivir was effective in treating a young male in Washington when symptoms worsened and in another patient in California who was not expected to survive. This does not prove that the drug is safe and effective however; Jiange Shibo a virologist from Fudan University who has concentrated his efforts in therapeutic interventions against the coronavirus has suggested that it has the best potential to be used clinically and that high doses of the drug would not result in toxicity levels in the body (nature.com).

Some have suggested that remdesivir may be effective when administered early in the infection. The clinically efficacy, however; is called into question as administering it to individuals with mild symptoms is expensive and Stanley Perlman, a researcher from the University of Iowa suggested that 85 out of 100 individuals do not need it.

In areas where there are no existing clinical trials, physicians are administering its use on a compassionate use basis (cdc.gov).

Lopinavir, ritonavir and interferon-beta may help to cripple certain viruses (sciencemag.org). Can et al (2020) found that the administration of lopinavir-ritonavir did not show any benefit to treat hospitalized patients who presented with pneumonia. Further research is necessary in order to assess the true efficacy of this treatment option.

Researchers are questioning the relatively low rates of Covid-19 transmissions in specific locations throughout Africa where anti-malarial medications are routinely used.

Hydroxychoroquine and chloroquine are oral drugs that have been historically used for the treatment of malaria and specific inflammatory conditions. More specifically, Chloroquine has ben used as a treatment for malaria and chemoprophylaxis and hydroxychoroquine is used for the treatment of rheumatoid arthritis, systemic lupus erthematosus and porphyria cutanea tarda. They are both considered to have in-vitro activity against SARS_CoV, SARS-CoV-2, and other coronaviruses, with hydroxychloroquine having relatively higher potency against SARS-CoV2 (Wang et al., 2020; Colson et al., 2020; Yao, 2020). Cell culture studies have suggested that chloroquine have some benefit against SARS-CoV-2 but the dosage needed is high and may result in serious toxicities (sciencemag.org). Gautret et al. reported that hydrochloroquine administered alone or in conjunction with azithromycin reduced detection of SARS-CoV-2 RNA in upper respiratory tract specimens compared to a non- randomized control group. The authors failed to assess the clinical benefit; however. 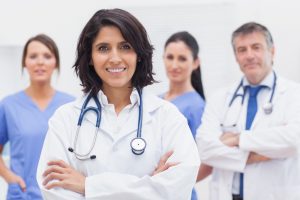 The side effects of both hydroxychloroquine and azithromycin are well documented and known and include cardio toxicity and ototoxicity with prolonged use. It is not recommended for individuals with renal dysfunction or immunosuppression conditions. Their use has seemed to be well-tolerated by individuals diagnosed with COVID-19 (cdc.org).

The efficacy of Hydrochloroquine as a treatment option is currently being investigated in clinical trial for pre or post-exposure prophylaxis of SARS-CoV-2 infection and for the treatment of patient with mild, moderate and severe COVID-19. Until these studies are done, three is a lack of clinical guidance with respect to use, dosage or duration of pharmacologic intervention. 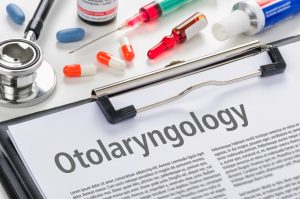 Ototoxicity is a physiologic effect within the inner ear as a result of exposure to pharmaceutical drugs. The occurrence and degree of inner ear effects directly relates to the drugs involved in addition to other factors such as hereditary predisposition. The effect of certain drugs is often temporary but may also cause permanent damage to the ear structures which may result in hearing loss, tinnitus, hyperacusis, or balance issues. The vast majority of individuals who experience ototoxicity have a temporary or reversible form that does not have a lasting effect.

Cochleotoxicity can result in hearing loss and tinnitus (or worsening of tinnitus) and results from a complex fluid interaction within the cochlea that affects the potassium pump actions that keep the fluid filled system in balance. The abnormal potassium levels can cause damage to both the inner and outer hair cells and the stria vascularis within the organ of hearing. Ototoxicity may also cause damage to the vestibule-cochlear nerve which can affect the semicircular canals (organs of balance) or the vestibular branch of the vestibulo-cochlear nerve.

Is Your Hearing and Balance at Risk? 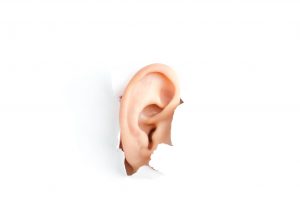 Chloroquine Phosphate is well known to cause temporary ototoxicity which can affect hearing and result in tinnitus, particularly when given at high doses. Quinine products may also cause temporary issues with balance. Once the administration of Chloroquine is stopped, the ototoxicity generally disappears and the audiologic symptoms usually disappear.

There is no known data that I have found with respect to remdesivir and ototoxicity or vestibulo-toxicity. Regardless, it does not seem to be a therapeutic intervention that is widely used.

Azithromycin rarely causes ototoxicity. There have been a few reports that have shown that azithromycin-induced ototoxicity occurred as the result of prolonged high dose therapy in patients with acquired immunodeficiency syndrome which resulted in a reversible sensorineural hearing loss.

Clinical use of the above drugs would clearly suggest that audiologic symptomology such as hearing loss, tinnitus or balance issues may occur with treatment, however; these symptoms should be temporary in nature and short-lived. 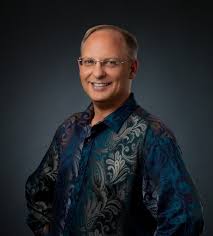 Rodney Taylor, Doctor of Audiology, Advanced Studies in Tinnitus and Hyperacusis, Certified by the American Institute of Balance for Concussion and Vestibular Rehabilitation